The United Way of the Upper Ohio Valley has a new Associate Director. Wheeling native Jessica Rine has been named to the position by the United Way Board of Directors.
Rine has been active with the United Way as a volunteer for a number of years, having served on the Allocations Panel for three years and on the Marketing Committee for seven. She also has helped promote fund raisers for 50 non-profit agencies in the area.
“This is my community, and it is a community with a lot of need,” Rine said. “But there are a lot of generous volunteers and donors who can provide help, and that’s what the United Way does: it bridges the need with the help.”
Rine became aware how the United Way meets those needs when she volunteered to serve on the Allocation Panels. The panels are volunteers who, after meeting with United Way agencies to hear their budgetary needs, makes recommendations to the United Way Board of Directors on how the campaign dollars should be distributed.
The 60 volunteers on the current Allocation Panels will be making their agency visits beginning the week of Jan. 30.
“During my time on the Allocation Panels, I was able to learn specific stories of the people who benefited through United Way agencies, and who now can stand on their own two feet because of the help they received from the United Way,” Rine said. “I believe telling these stories will help inspire others to overcome hardships and to seek help when it is needed.”
“I am very pleased to have Jessica joining the United Way staff,” George Smoulder, United Way executive director, said. “Her knowledge of the needs in our community, and her passion to make a difference in the lives of others, will expand our United Way’s ability in our mission to build a better community.”
Rine is a graduate of Wheeling Park High School and received her Bachelor of Science in Communications from West Liberty University. She and her husband, Shawn, live in Moundsville with their three children: Bella, 8; Miley, 5; and Jaxson, 3. 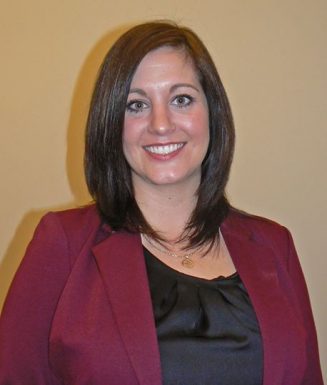