Posted in News on November 21, 2022 Building a Better Community Breakfast 2023 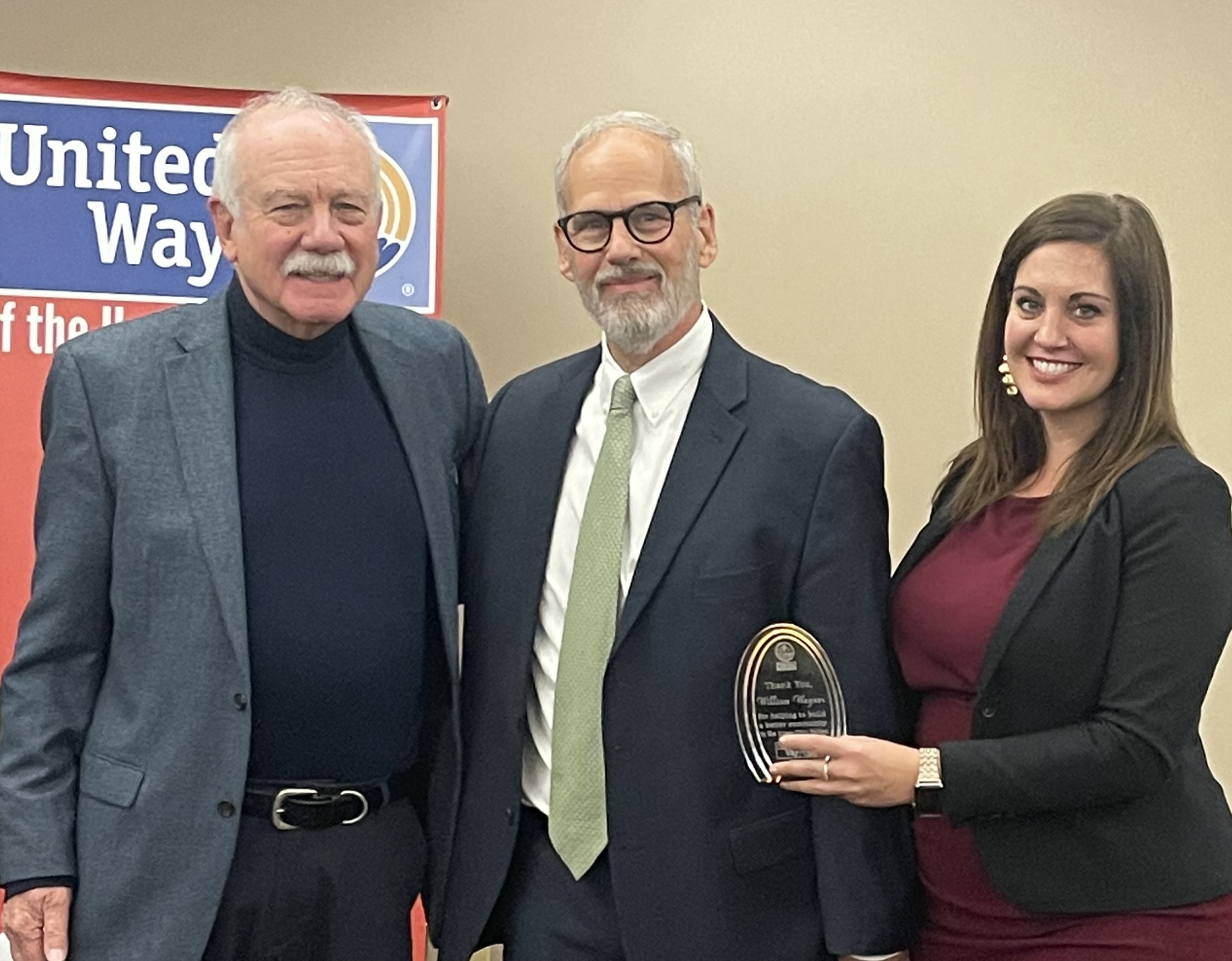 Wagner served on many committees including allocations, campaign cabinet as a chairman and on the executive committee as treasurer. He served on the Board of Directors for a number of years and he is currently the allocations chairman. Wagner volunteers at United Way fundraisers and is a dedicated donor.  Previous United Way Executive Director, George Smoulder, was in attendance to introduce Wagner.  Wagner was joined by family and friends and other long time United Way donors.

Other awards included Volunteer of the Year given to Bob Heldreth and David Rose for generously donating a lot of their time to the United Way.  Both of these men have made a large impact on United Way fundraising events and campaign efforts. 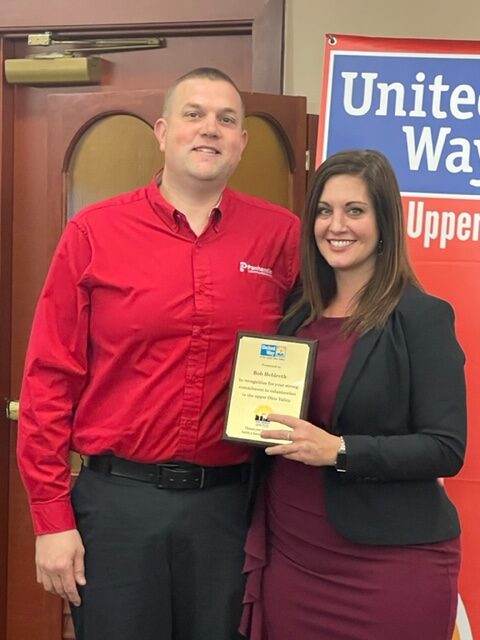 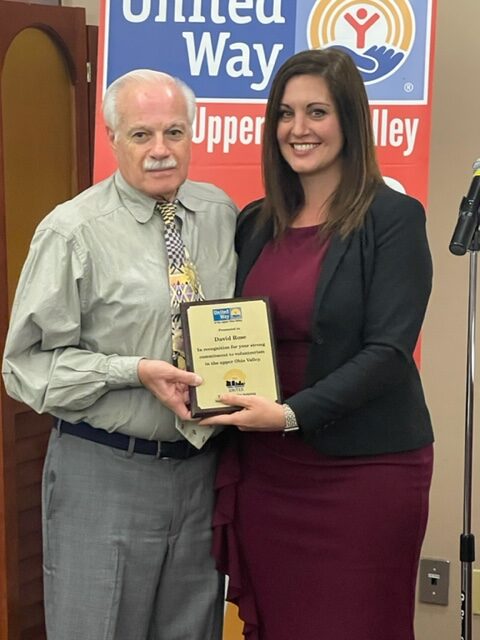 Awards were given to the top corporate donors to the United Way’s 2021-2022 campaign “Give Where You Live.”  Employee campaigns are a way for companies to encourage their employees to participate in their own philanthropic giving.  The employers with the most money raised were honored. Silver Champion – WesBanco; Gold Champion – WVU Medicine Wheeling Hospital; Platinum Champion – Covestro 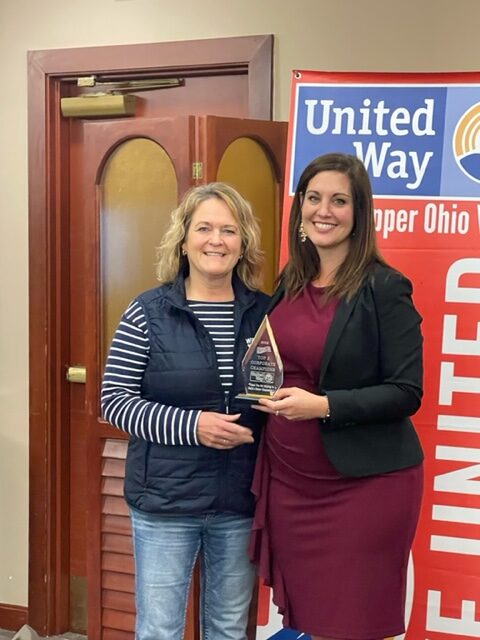 The United Way understands that not all businesses have the capacity to give as largely as others.  They announced their Small Business 365 partnership where small businesses combine to make a big community impact.  A small business can give $1 a day for a year and receive large community recognition.  If you are interested in getting involved with the United Way of the Upper Ohio Valley, reach out to executive director, Jessica Rine, at jrine@unitedwayuov.org or 304-232-4625 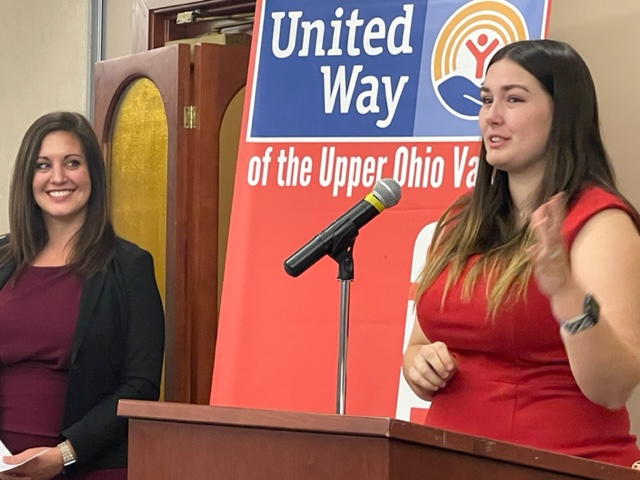 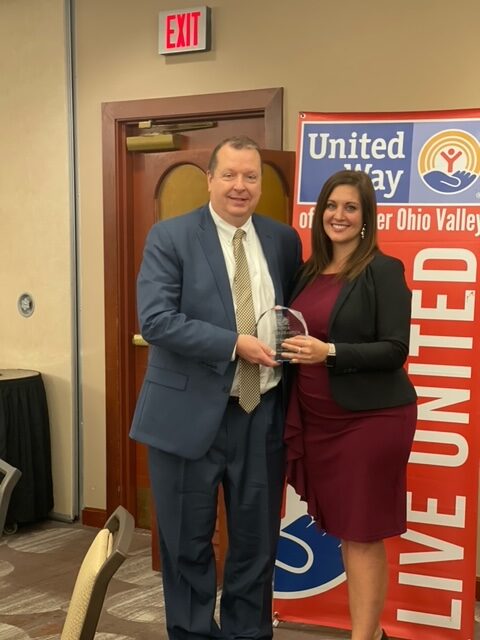 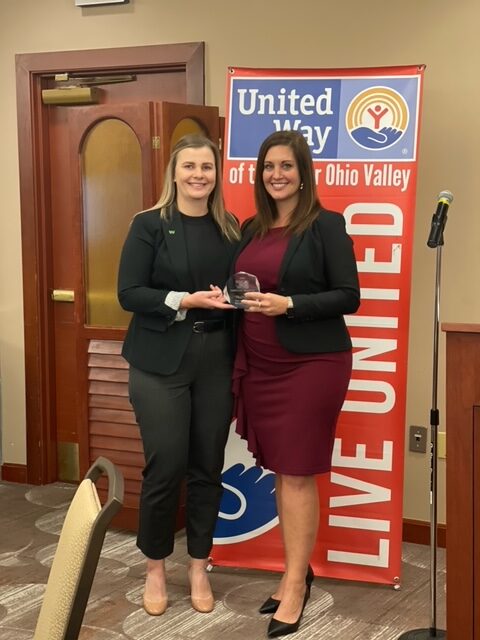