Posted in Blog on November 17, 2020 Seeking Employment during a Pandemic

Beginning to look for a job after graduation can be stressful enough… throwing a pandemic into the mix just adds to the difficulty of landing one. With lockdowns beginning in March when most students are in the thick of seeking out and applying for jobs, things became increasingly tricky as businesses switched to working remotely. Suddenly there were significantly less jobs available, career fairs were cancelled, interviews were limited, and jobs in your field were a rare find. I had always known I wanted to live in the Ohio Valley after growing up here, interning with the CFOV, Wheeling CVB, and the Nailers only further solidified that. Knowing that I wanted to be in this are slightly pigeonholed me too some opportunities because I was not willing to budge on location. 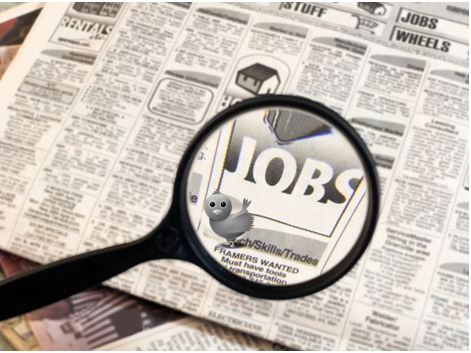 I had a fresh Marketing degree, and a love my community and making it a better place. Through various internships I had realized that I liked working in the non-profit sector much more than anywhere else. I had always been involved in community service and felt an urge to help others. I felt that the nonprofit businesses were essentially that, helping others and community service at their core.

I saw that the United Way of the Upper Ohio Valley was hiring. I figured I would apply but knew in the back of my mind that more likely than not much wouldn’t come of it. It was clearly not an entry-level job and delved into more fields than I had prior experience in. But, I had to start somewhere so I applied and was shocked to not only get an interview but a second.

The interviews were conducted over a phone call and Zoom. Not totally unheard of for phone interviews and video interviews but still definitely not the norm. Expect this now was the norm with almost no one meeting face to face due to COVID-19. I was very nervous since this was practically my dream job, working for a nonprofit whose focus is the bettering on this community.

I was hired and began working in June of this year. In the last six months I have grow and even deeper appreciation for the Ohio Valley and the people that strive to make it better each and every day. I couldn’t be more grateful for an amazing boss and mentor, Jess Rine, the Executive Director at the United Way of the Upper Ohio Valley. She has taught me so much about this area, fundraising, and how to overcome obstacles such as how-to bring people together and unite as a community in a pandemic.

Since starting in June, I have felt an overwhelming joy knowing that I am a playing a role in helping the Ohio Valley grow and making a difference through the United Way’s mission. The United Way We are UNITED in improving health, education and financial stability as a WAY to strengthen the Upper Ohio Valley. I am proud to say that I am a part of the United Way UOV’s team.