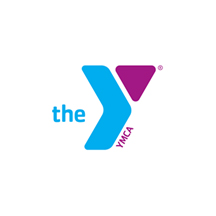 Please allow me to take this opportunity to share one of my most memorable stories that I experienced in the 2018 “Y” 4 L.I.F.E program. A parent came to me before the program and stated she didn’t have enough money to allow her child to participate in my program but informed me her son could really use a program like this, she informed me her son had very low self-esteem, was overweight, and had a very hard time in school making friends, not to mention he was diagnosed with mild Asperger’s. I saw this as an opportunity to make an impact on a young teen’s life that could really use an uplift. I decided to waive the fee for this young lady as I could see she was desperate and really wanted what was best for her son, when I told her I would waive the fee for her son, she began to cry and say thank you so much, are you serious. I saw the weight of the world lifted off her shoulders knowing she had a great place to bring her child. I asked her if she could bring the young man in so I can meet him soon. The mom replied he is in the car would you like to meet him now. I said I sure would. The young man came in stood behind his mom and looked at the ground. I introduced myself to him and he just waived his hand abruptly and mumbled “Hi”. I spoke to him for several minutes explaining what the club was all about, he didn’t say a word but by his brief eye contact I could tell he was interested.

The first day of the club arrived and the young man was hesitant to come in to the YMCA, I went outside to greet him and brought several other club members who were in the club the previous year to help make him feel welcome. I decided to go back in the YMCA and see how things would transpire with kids his own age actually talking to him. Approximately 5 minutes later the young man came in with the other club members. I noticed he was talking and even saw a few smiles from the young man. When it was time for the club members to introduce themselves to the group, I could see the young man getting very nervous, once again, I did not want to intervene I wanted to see how this would all play out. One of the club members stood up and said hey guys this is “Blank” let’s all give him a warm welcome. The boy immediately smiled and stood up and said Hi everyone. To make a long story short, this young man is on the honor role at his middle school now, he lost 20 pounds, and he is going to out for the football team in 2018. This program since the very start has impacted many young people’s lives. I hope you will continue to support this wonderful program so the YMCA can continue to move our teens in the right direction and help mold them into strong young men and woman.