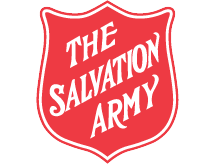 It was a wintery day and it was extremely cold outside. This was no kind of weather for a family of five to be homeless in and nowhere to go. They tried to stay with family members and friends but there was no room for them at their homes. They had tried homeless shelters around the area and still there was no room for them either. To complicate matters it was just before Christmas and the stress of no home was mentally affecting all involved. They found their way to the Belmont County Salvation Army homeless shelter. We greeted them and told them that we had a family room that would accommodate their whole family. The cook had just made some delicious chocolate chip cookies and offered them to the family (he thought this would help them feel more comfortable). After they did there in processing they were brought upstairs to their room. The children were excited that they had a television in their new room and bunkbeds. The parents were happy too because they had a queen bed. It seemed their new home was just what they needed. The process of finding a new home had started. The family was given a caseworker (Ron Marple) and they were given a housing specialist (Shelley Cross, GMNCAC) to work with to find housing. The problem is that it was Christmas and the housing shortage in the area was not helping them to find a place before Christmas. The stress of Christmas and living in the shelter was still causing them anxiety. We assured them that they would be taken care of and they were. On Christmas Eve all the children received stockings to open and they eagerly anticipated Santa’s arrival that evening. The staff decorated the dining hall for a feast on Christmas day and the cafe was ready for breakfast. All that was left was Santa’s surprise on Christmas morning. The Salvation Army Christmas Elves put the gifts under the Christmas trees in our chapel and it looked like we had Santa’s whole workshop under our trees (we had gifts under the tree for all the shelter residents). On Christmas morning everyone from the shelter found gifts under the tree to unwrap. The family was very grateful that we made their Christmas special in a very difficult time in their lives. In February 2019 the family of five was able to move into their new home. They have been doing great and are one of our many success stories. The Salvation Army provides a holistic approach to social services that meets the needs of people physically, mentally, and spiritually. Without the United Way’s continued support, we would not be able to help out as much as we do.